Television Center offers over 183,000 square feet of build-to-suit, creative and traditional office space, set in the 1920’s Art Deco splendor of the original Technicolor building, in the heart of Hollywood. With spaces to support virtually any commercial or creative venture, we’ve become the business home for clients ranging from creative production and technical services companies, to artists, photographers, casting agents and production companies – the heartbeat of the Hollywood civic and business resurgence. If you’re looking for an office space that combines modern amenities and service with historic charm and soul – you’ll find it at Television Center – at the Intersection of Hollywood’s glamorous past and bright future. Please contact us to learn more at 323.464.6638. 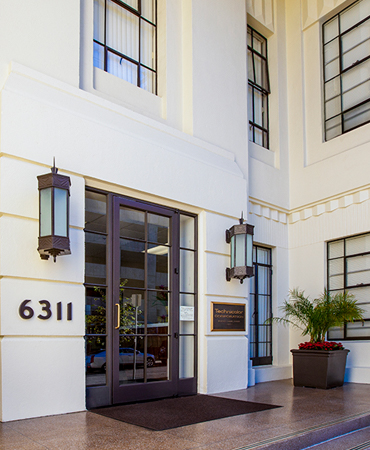 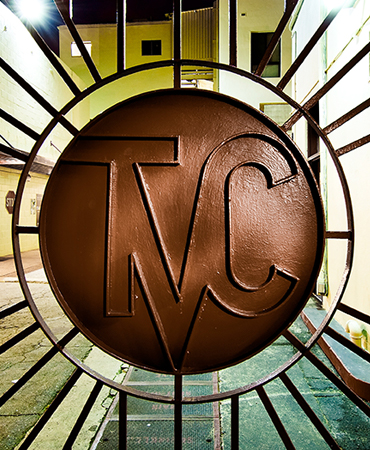 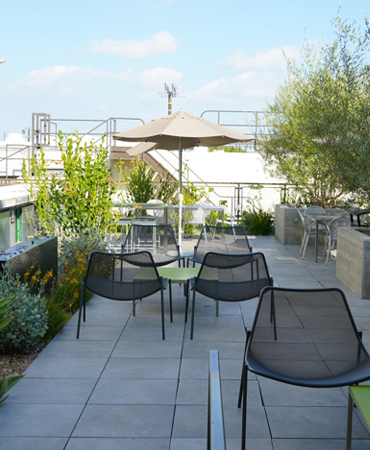 If the Hollywood “dream factory” had an address, it may very well have been at the corner of Romaine and Cole – the site of Television Center, and in an earlier incarnation, the original Hollywood Technicolor laboratory.

Built in the 1920’s, the property was home to one of the most important revolutions in film history – 3-stripe color. It also housed the processing lab that churned out the lion’s share of American films made during Hollywood’s ‘golden age’ from the late-20s through the 50s. The history of glorious 3-stripe Technicolor films spanned from “Snow White and the Seven Dwarfs” (1938), through countless musicals including “The Wizard of Oz” (1939) and “Singin’ in the Rain”(1952), culminating with “The Godfather, Part II” (1974) – the last American film to utilize the Technicolor dye process.

During its Hollywood run, Technicolor changed the way movies are composed, shot and processed, ushering the industry from black and white film, to primitive two-stripe (green and red) color, and finally to ‘modern’ three-stripe color. In the bigger picture, by making the films qualitatively so much more lifelike and emotionally engaging, the company could also be credited with changing the way movies are watched – affording infinitely more empathy and emotional immersion among viewers.

In light of Technicolor’s revolutionary contribution to film – and indeed world – history, the Television Center building has become an important Hollywood landmark. And Technicolor’s legacy still permeates Television Center – from our massive film vaults to “The Patio,” our brick outdoor lunch area, which once housed the alcohol distillery that Technicolor used for film processing.

The magic of our historic building continues. Make Television Center the home of your creative business endeavor!

You will know our friendly and professional staff by name. You will enjoy holiday events with your building-mates, including our annual Thanksgiving “Pie Day” in the lobby and our winter holiday banquet. In short, you will be part of a real community – not just an anonymous tenant. Welcome!

We are on site daily to address your questions, requests or needs. Just drop us an email, or contact the Office of the Building, at 323-464-6638.

Schedule A Visit
For Leasing inquiries, both current or new, please contact: